Here’s a few shots from a recent shoot with Monica around Nottingham. It’s only the second time I’ve photographed a model outdoors and a shoot I was really looking forward to.

Styled shoots give photographers the opportunity to test out new gear, try out new ideas, work with a professional and basically just get out and do what we all love doing, shooting! What better than arranging some Nottingham Fashion Photography! I blogged my last urban fashion shoot which has similar in style and narrative. I was keen to avoid too many duplicate shots and push myself to find new scenes & backgrounds.

As with a lot of my work, I’m heavily reliant on flash! I love working with flash and it can dig you out of some deep holes with the light is poor. As a result I was keen to capture a lot of these shots using flash (all of them in fact!) As you can see in the header image above, the light isn’t that great. Don’t get me wrong, overcast light is good as its diffused (similar to that from my flash & softbox) and you don’t get harsh shadows. But the light on this occasion was pretty non existent so it was imperative I used flash. My good friend and second shooter Christian came along for the ride and helped out with the flash. He knows how I work and having a lighting assistant really does enable you to work fast and efficiently during a shoot.

We met Monica, drank some coffee, met her bird ‘Rio’ and discussed clothing, style and photographs etc. Monica filled her bag with clothes and shoes and off we went! (by the way I’ve never seen so many shoes and clothes in one bag before! It was like Mary Poppins bag!)

I wanted to get high (not in the literal sense) for some shots and was keen to gain some roof access, as luck had it I have a cousin who lives above the Victoria center and he kindly met us and took us up! (Cheers Tom) It was cold, raining and very windy, but nevertheless we got the most of the rooftop shots and came away with some decent stuff.

If shooting with flash gives you one thing, its the power and light that often forces you to shoot at narrow apertures. Portraiture in my opinion looks so much better when shot with wide apertures, especially with a female model. I’m looking for soft light with a shallow depth of field. Those soft backgrounds lead our eyes to the sharp subject and overall give a more pleasing look to the photograph. As a result I didn’t want to shoot at say f11, so the only way to achieve a shallow depth of field, was to shoot around f1.8 and compensate by shooting in high speed sync with a faster shutter speed (above the typical 1/200 sync speed)

Apart from the rooftops shots, most of the images we took are all within a close proximity around the Lace Market. My intentions were to wait until the light dropped and finish off with some evening shots outside the Pitcher &amp Piano/Nottingham Contemporary. Here we would have lots to work with as they have a new outdoor bar area with lots of lights and some led lights in the trees. Unfortunately the lights never came on! So we finished off with a few reflections outside the contemporary and called it a day.

All shots taken with a Nikon D750 and a 400w flash (Calumet Genesis) through a gridded Lencarta beauty dish triggered with the Godox X1.

Many thanks to Monica for your time patience and endless outfit changes! Also thanks to Christian for your expert lighting and contribution. 🙂 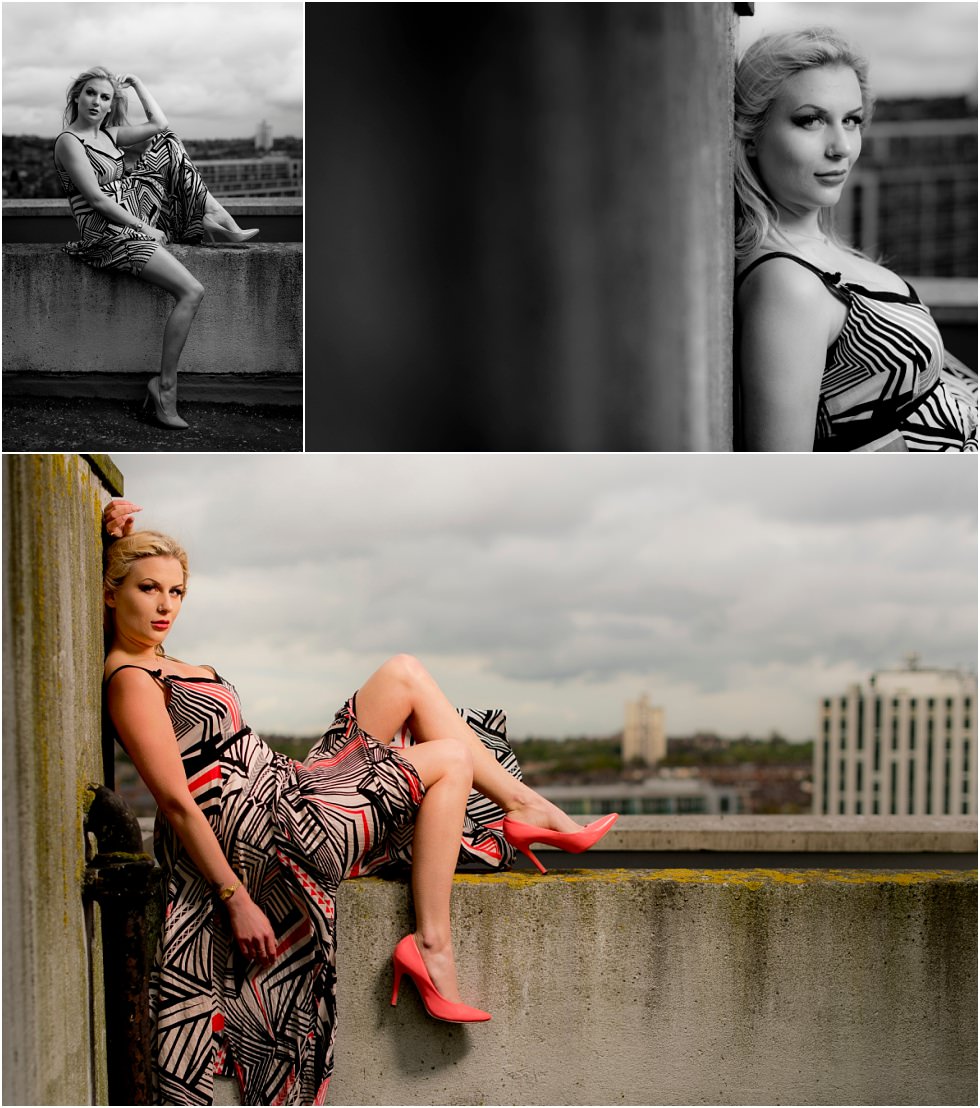 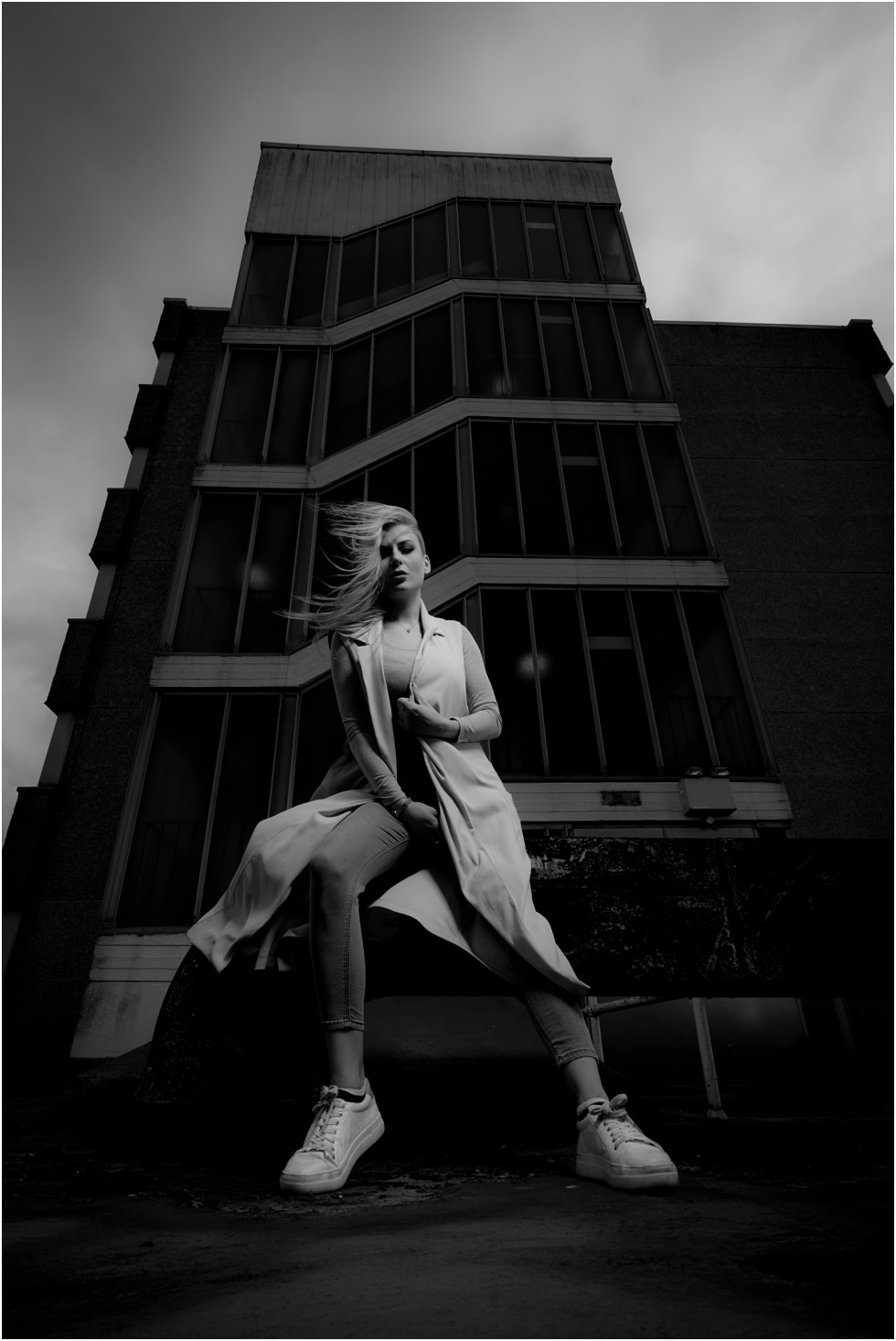 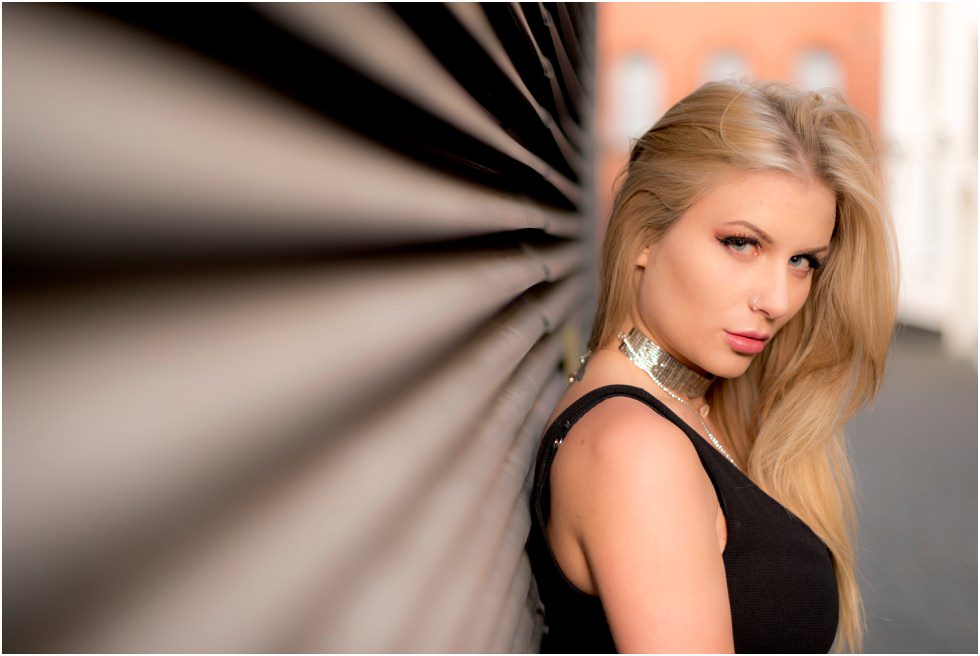 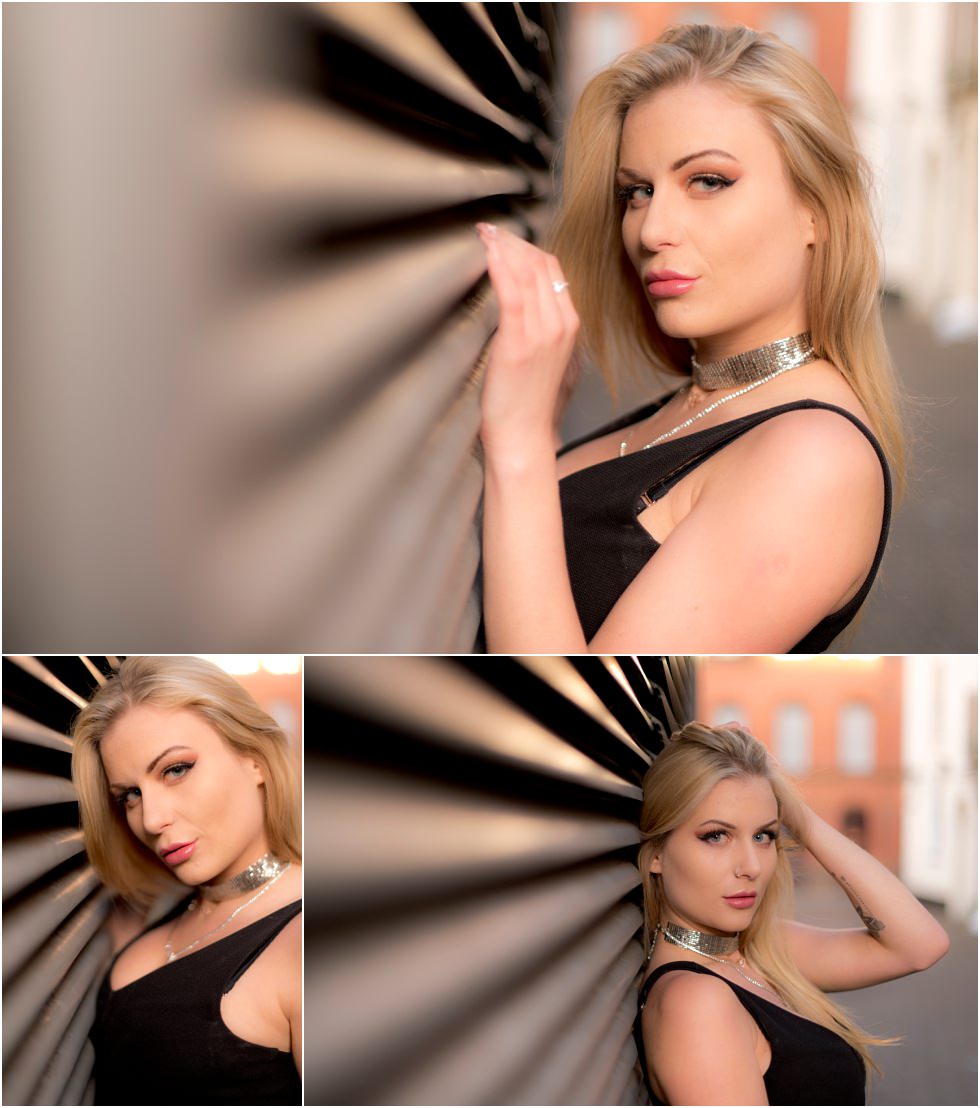 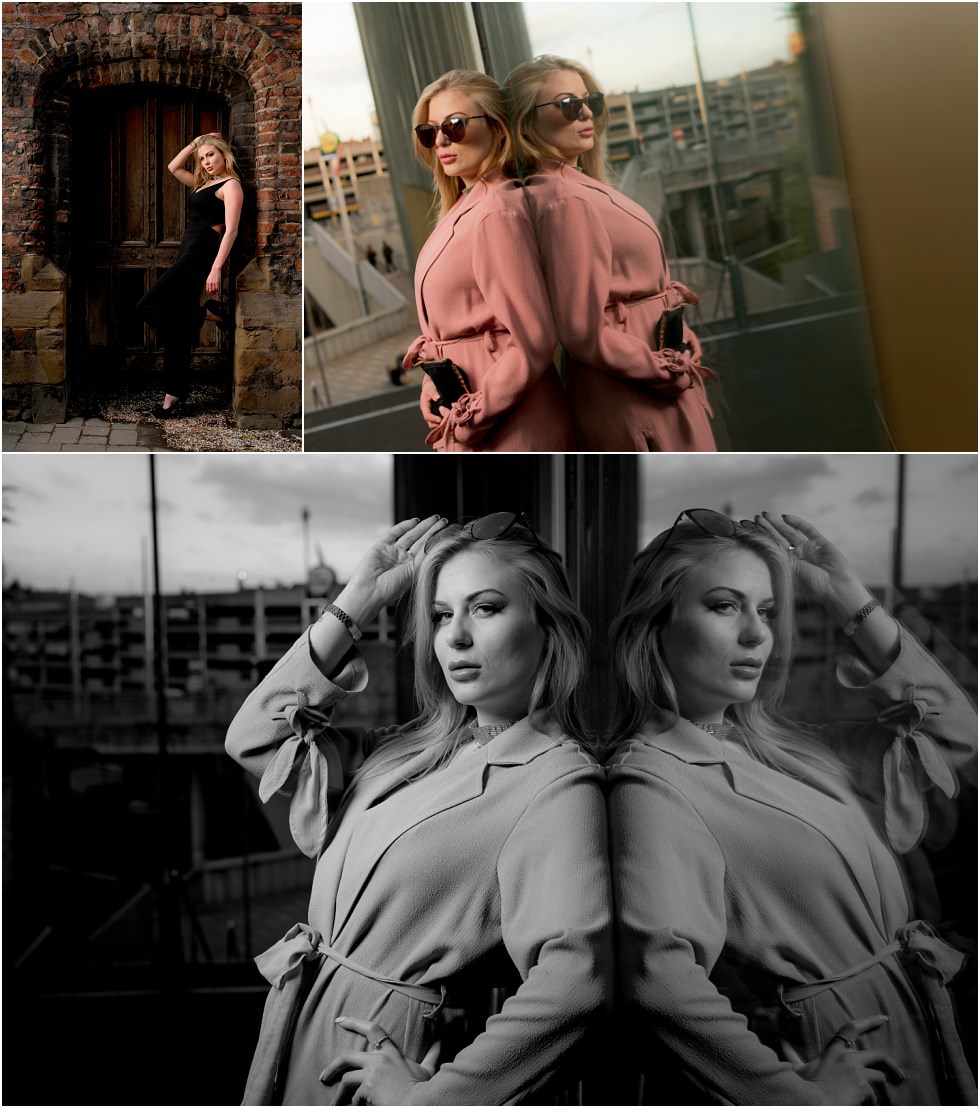 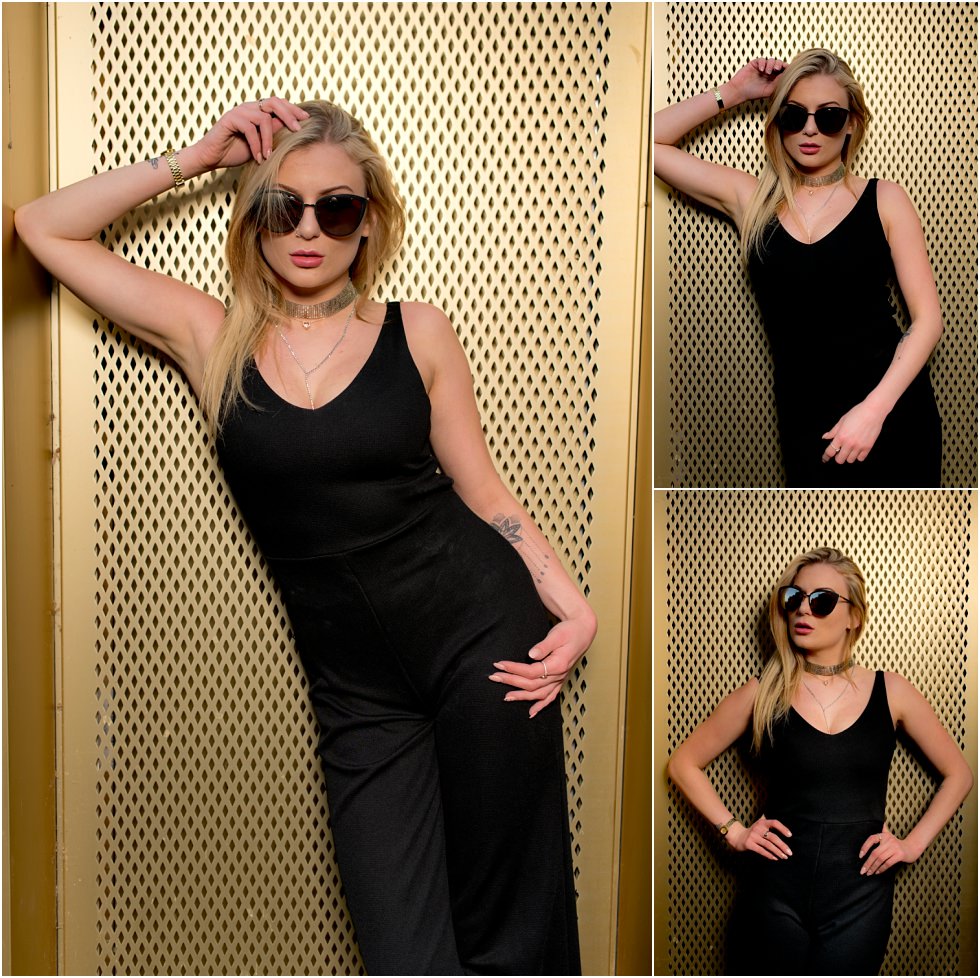 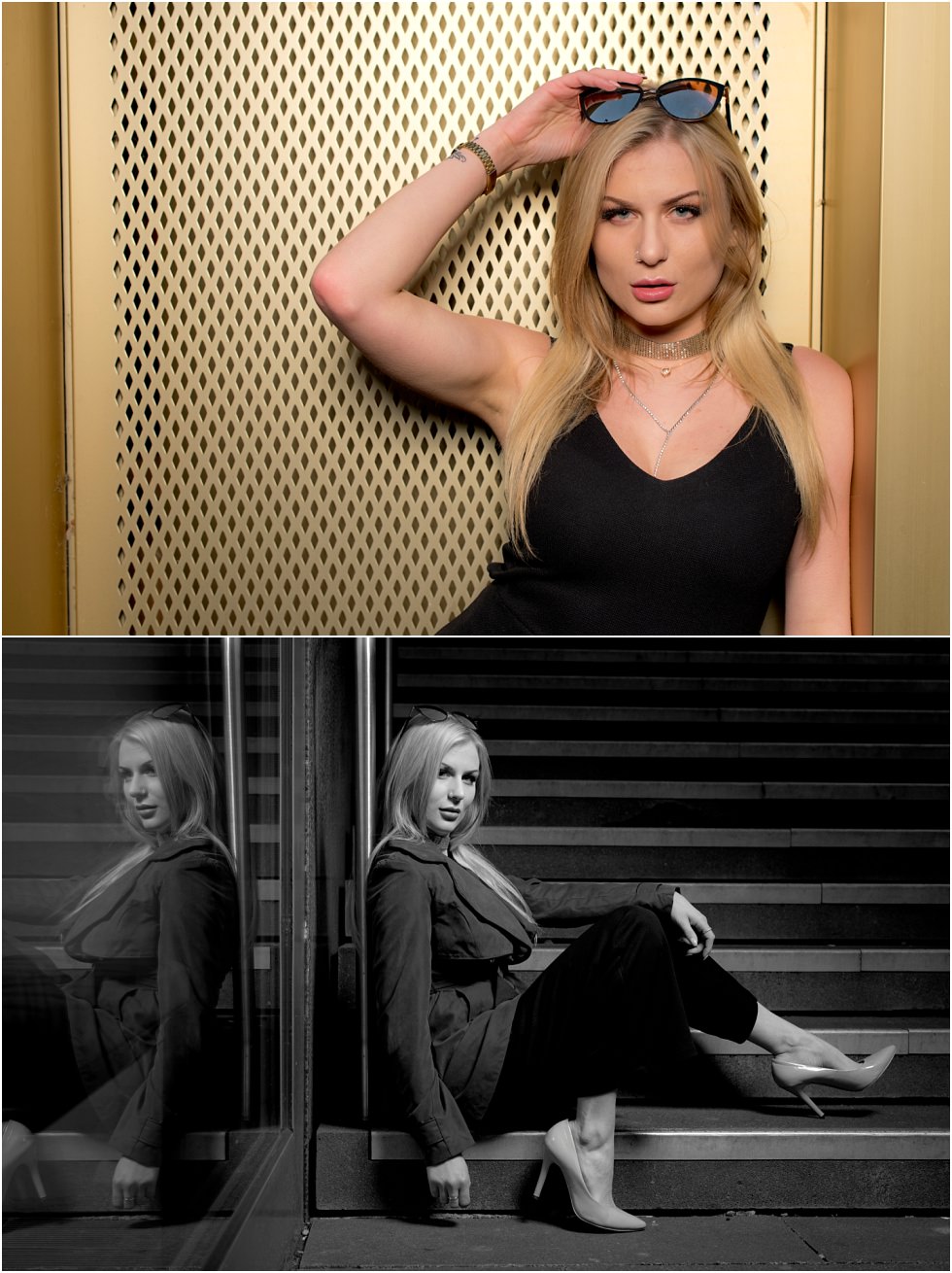 Thanks for checking out ‘Nottingham Fashion Photography with Monica’ – If you’re interested in collaborating, do get in touch to discuss further.

Here’s the link to the previous shoot in Nottingham with Chris Wells.

Would love to hear your thoughts/opinions, dont be shy, leave a comment below 🙂